The FreakLabs Freakduino 1284P board v3.x is designed for rapid prototyping, evaluation, and deployment of custom wireless Arduino based devices at low cost. It combines the ease-of-use of the Arduino IDE and toolchain, upgraded controller with larger memories, expansive libraries that fill just about any need, compatibility with a rich assortment of peripherals in the Arduino shield form factor, a battery an integrated IEEE 802.15.4 wireless radio for inexpensive prototyping and testing of a wireless sensor node. Version 3.0 improves on the previous versions by having battery regulation circuitry standard on all boards, reducing the power consumption in sleep mode, and manufacturing optimizations that reduce the cost of each device. 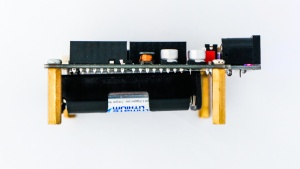 This board is designed to introduce people to wireless sensor networking inexpensively and without having to deal with complex toolchains, protocol stacks, and software. This particular board is also designed to overcome the memory limitations of the standard Freakduino and has 8X the RAM and 4X the flash memory. It’s capable of feature rich, professional applications. This board is also fully compatible with the Arduino IDE and toolchain which offers a single click compile and download and a rich ecosystem of open source software and tutorials available on the internet. The electrical specifications and connector form factor are also compatible with the original Arduino hardware so that the board can interface with the large assortment of Arduino peripheral shields. The availability of third party peripheral shields and open source software allows this board to be used for many diverse applications. 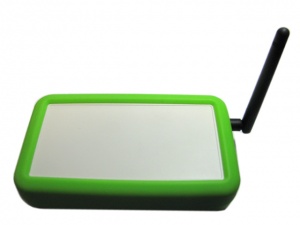 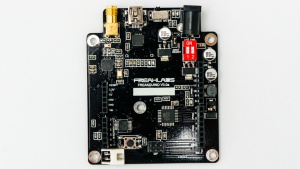 6. Voltage Converter Output Disable. This is only used when programming the bootloader on the board to prevent collisions on the SPI bus. This jumper should rarely be used and only when flashing the bootloader or using an in-system programmer (ISP).